Who will you trust with your Tuition?
Over 1000 1st time
Test Passes!

There is old saying, ‘you can’t teach an old dog new tricks’. Apart from being obviously and demonstrably untrue, it can also be physiologically off putting. This way of thinking can put people off wanting to try new things or learn something new. Learning to drive is no different, with many older people thinking that simply it’s too late.

Am I too old to learn to drive?

Simple answer is OF COURSE NOT! Sure there are many people that learn to drive at 17, which is the minimum legal age to learn to drive in the UK. But just because you didn’t learn then, and became too busy later to learn, that doesn’t mean that you have missed the boat. Aside from being busy, there could be any other number of reasons why you other many others didn’t learn at such a young age or at any other point in life.

Maybe it just wasn’t required to learn in order to get in to work, perhaps there was always someone around that drove you to places. With public transport better now than it ever has been, there could be even fewer reasons to learn but age is not one of them. If you want to learn, age is not a barrier.

Benefits of learning to drive later in life

Whatever your reason for not learning to drive earlier, the point is that it is never too late to learn how to drive. In fact, regardless of how much public transport has improved over the years, being able to drive in this modern, fast paced world is a big advantage.

There are any number of reasons why learning to drive is a good idea. If we are completely honest, facing the British public transport is not always the greatest thing in the world; noise, overcrowding, other people’s conversations, other people’s music because for some reason they haven’t discovered earphones…

When you’re getting behind the wheel of a vehicle for the very first time, it can seem highly daunting but you may just surprise yourself when you realise just how quickly you get used to it. Generally speaking, older learner drivers are going to have more confidence going in. This is partly down to the fact that you have numerous other ‘first time’ learning experiences, no matter what they may be.

Taking on the task of learning a new skill then will actually be easier as you approach it with more of a ‘I can do this’ than a ‘what the hell am I doing?’ kind of attitude. Research suggests older drivers are safer drivers.

However many decades you may have under your belt, it is never too late to learn to drive – all you have to do is decide when you want to start.

This site uses Akismet to reduce spam. Learn how your comment data is processed. 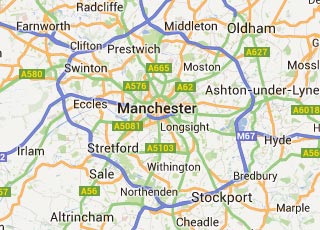