Who will you trust with your Tuition?
Over 1000 1st time
Test Passes! 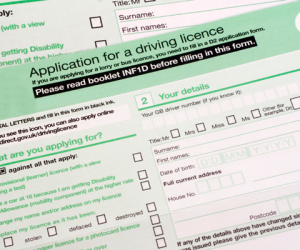 Driving Licenses Go Digital: Everything You Need To Know About The Smartphone Switchover

For a number of years the DVLA has been exploring the option of offering digital driving licenses in the UK, so that drivers can store their license on their phone, rather than having to carry a card.

Whilst this technology isn’t yet available, it’s well on the way, so with that in mind Go 2 Pass explores the implications this technology will have on new and existing drivers.

It’s unlikely that digital licenses will ever fully replace physical cards, and if they do then that time is well into the future. For now, when the digital licenses app is launched, they’ll be offered alongside card licenses, so drivers will have the option to have their license on their phone as well as in physical form. The app will host your license and allow you to access it with just a few taps on your phone screen.

What Are The Benefits Of Digital Licenses?

Being able to have your license on your smartphone will make it much easier for drivers to share their details with third parties. The DVLA has been focused on supporting motorists with this for years, offering QR codes that can be scanned by third party firms. The digital licenses will be a further step towards making it easier for drivers to share their information with organisations like future employers, the police and insurance companies.

Digital licenses will also be more convenient for some drivers, who may not want to carry their physical copy of their license with them but are likely to carry their phone everywhere they go. As such, they will never be without their driving licence thanks to the app and will know that it’s close at hand.

Are There Any Downsides To Digital Driving Licenses?

Every change will have some challenges to overcome, and the big issue with digital driving licences will be security. The DVLA will need to show drivers across the UK that its app is completely secure so that their personal details are safe. This is probably what is making the technology take so much time; creating a secure solution and ensuring that it is able to update regularly to adapt around changes in the cybersecurity space is time consuming.

Another potential issue that drivers will have to face when their license is transferred onto their smartphone is that the device may run out of battery, meaning they won’t be able to show their license when they need to. As a result, drivers will need to be more careful about keeping their device charged in the future.

Do I Need To Buy A New Phone?

The app will be available for smartphones, probably on the App Store and Google Play, so you’ll be able to use your existing phone without buying a new one. If you do still have a feature phones, then you’ll need to upgrade. Check that your phone is still getting upgrades so that you’re able to download the app.

As digital licenses are not available yet, the only thing you need to do is wait and keep an eye out for the latest updates. Keep up to date with the Go 2 Pass blog so that you can see when the app is released and find out more about how it will affect you.

This site uses Akismet to reduce spam. Learn how your comment data is processed. 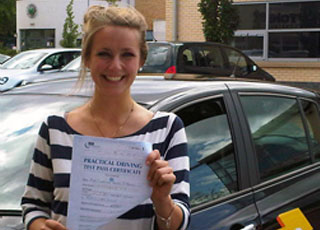